“The Ontario Human Rights Code came into effect on June 15th, 1962 and established equal rights and freedom from discrimination as primary elements of provincial law. The first legislation of its kind in Canada, the Code was designed to affirm and uphold the ‘inherent dignity and the equal and inalienable rights of all members of the human family by providing a legal mechanism to combat discrimination‘ […] Since 19632, the Code has broadened in scope, establishing Ontario as a national and international leader in human rights promotion and protection. It continues to make Ontario a more just, equitable and inclusive society.”

Learn more about the 50th anniversary of the Ontario Human Rights Code and Commission: http://www.ohrc.on.ca/en/50th-anniversary

This June 21, 2012 marks the sixteenth anniversary of National Aboriginal Day! In 1996, the Governor General of Canada proclaimed June 21st to be National Aboriginal Day, as an “opportunity for Aboriginal Peoples to share their rich, diverse cultures with family members, neighbours, friends and visitors” and to recognize the contributions of Aboriginal Peoples to Canadian society. The date coincides with the summer solstice, which has important symbolism within many Aboriginal Cultures.  Look out for the announcement from First Nation’s House on public monitors across campus. To learn more about NAD or to get involved, see below. 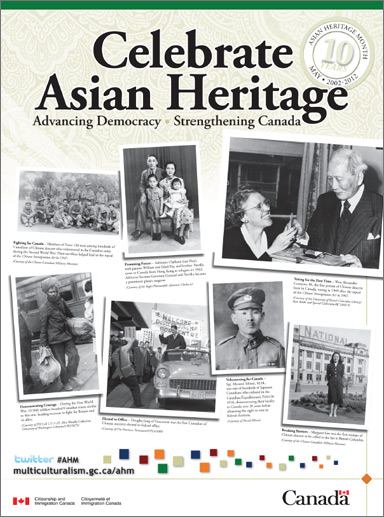 The official declaration of Asian Heritage Month by the Government of Canada resulted from the work and leadership of Senator Vivian Poy who proposed the motion in 2001, which was later adopted by the Senate. 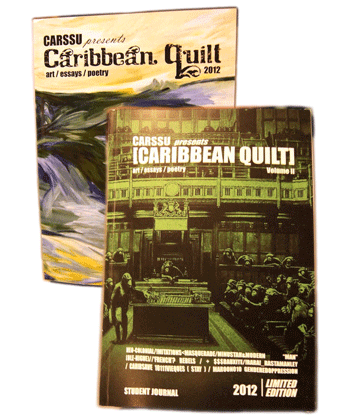 A collection of art, essays and poetry that critically examines issues affecting the Caribbean region and diaspora.

U of T, Scarborough Campus (UTSC)

UTSC will host a screening of the documentary “Colour Me” –a film that will challenge the way you think about race. We follow motivational speaker Anthony McLean as he runs a groundbreaking mentorship program for teens in Brampton, the most demographically changing Canadian city. While challenging them to analyze and abandon the stereotypes they have accepted, Anthony is forced to critically examine his own identity. Funny and heart-warming, Colour Me explores the confines of race, the complexities of identity, and the need to find your voice.

One Big Hapa Family ScreeningThis feature live action and animated documentary explores why almost 100% of all Japanese-Canadians are marrying interracially, the highest out of any other ethnicity in Canada, and how their “mixed” children perceive their multiracial identities. The stories from four generations of a Japanese-Canadian family come to life through the film, which seeks to challenge dominant conceptions of racial “purity” and Canadian multiculturalism.

Discussion: On the UN Day for the Elimination of Racial Discrimination, Kelowna‘s Jeff Chiba Stearns will discuss his experiences as a “mixed-race Canadian” and how that has informed and fueled his work in film, animation, and commercial career over the last twelve years.

A reading from new work with Professor M. Jacqui Alexander, Women and Gender Studies, University of Toronto and Founding Director, Tobago Center for the Study and Practice of Indigenous Spirituality

The Story of an Angry Black Woman Scholar: Still Black, Still A Woman, Still a Scholar….but is she still Angry?

This workshop will be a discussion about what can make graduate school difficult for people who encounter it as a space that does not expect them to be there. It will also be a discussion of why it could turn out to be the most thrilling and rewarding experience of your life.

Decolonizing the Spirit: Towards a Transgressive Pedagogy

The conference papers and presentations will explore Spirituality in relation to the following themes:

UTM is proud to host the University of Toronto‘s premiere of the documentary “Colour Me” –a film that will challenge the way you think about race. We follow motivational speaker Anthony McLean as he runs a groundbreaking mentorship program for teens in Brampton, the most demographically changing Canadian city. While challenging them to analyze and abandon the stereotypes they have accepted, Anthony is forced to critically examine his own identity. Funny and heartwarming, Colour Me explores the confines of race, the complexities of identity, and the need to find your voice.

NOTE: If you require an accommodation due to a disability please contact antiracism@utoronto.ca by January 31st, 2012 and we will work with you to make appropriate arrangements.