It started quietly when a group of Caribbean students, strangers in a cold new land, began to suspect their professor of racism. It ended in the most explosive student uprising Canada had ever known. 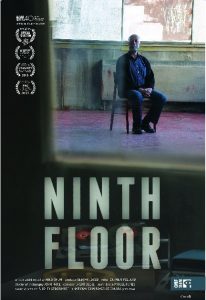 Over four decades later, Ninth Floor reopens the file on the infamous Sir George Williams sit-in. In her first feature-length documentary, director Mina Shum takes a penetrating look at the Sir George Williams University sit in of February 1969, when a protest against institutional racism snowballed into a 14-day student occupation at the Montreal university.

A watershed moment in Canadian race relations and one of the most contested episodes in the nation’s history, join us for a screening of this incredible documentary, followed by a Q & A.

What really happened up there on the 9th floor?

Please note: This film highlights acts/experiences of racism and racial violence. Certain scenes contain offensive and racist language used to describe Black communities and may activate different responses (both emotional and physical) from viewers. Due to content that viewers may find triggering, it is advised that viewers watch this film screening using headphones (if you are surrounded by others in your space) or in a different room.

Staff from the Anti-Racism & Cultural Diversity Office will be present for those who may need support anytime during or after this event. 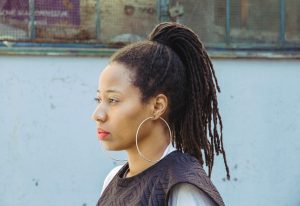 Daughter of parents from small Caribbean islands who, in Canada, became activists by circumstance, Nantali Indongo follows those natural instincts; carrying the torch into classrooms and communities, into studios and onto stages, with master’s tools and microphones; exposing to educate, rhyming to rouse. As an informal educator, broadcaster or performer, Nantali is a storyteller. Her sense of purpose: to push conversations forward to a place where positive inspiration becomes positive action.

As an artist, for the last 16 years, Nantali found her voice as Tali Taliwah, one of the emcees – vocalists in Montreal’s hip hop band Nomadic Massive. Touring Canada and especially internationally, Tali loves to celebrate not only hip-hop culture, but also Caribbean musical cultures through some of her rhymes and vocal styles. The band was recently nominated for an award in the “Autres Langues” at Quebec’s prestigious music award night- l’ADISQ 2020.

The life of the artist on stage was coupled with life as an artivist, for 10 years, sharing an educational and interactive workshop series that looks at the non-violent origins of Hip Hop culture. “Hip Hop No Pop” is a series that she co-created with founder and filmmaker, Maryse Legagneur, and has brought into communities and schools, specifically across Canada, to the US, to Haiti, Democratic Republic of Congo and Australia.

As those careers we’re taking shape, Nantali also started working as a journalist at CBC Montreal. Eleven years since starting as a casual researcher, she developed as a writer-broadcaster for the Current Affairs programs and as a host and a producer, namely leading the station-wide project “Real Talk on Race”(2016) and hosting and producing 2 editions of a national program about systemic racism in Canada’s legal system called “Breaking The Code” .

As of 2017, Nantali co-created and became the host of a new provincial arts and culture show, The Bridge, where guests spend an hour sharing stories about themselves as creatives, their takes on arts and culture in Quebec and the world, while presenting their personal playlist of music to mark special moments in their lives. Since the fall of 2020, she became the host-producer of the program and remains the CBC Montreal’s arts and culture contributor for the local morning radio show – Daybreak, bringing attention to arts and culture that are not always a part of the mainstream. Around the start of her work in arts and culture at CBC Montreal, she has also become a contributor to the Radio-Canada literary show “Plus on est fou, plus on lit” with host Marie-Louise Arsenault, as well as a few other Radio-Canada radio programs.

Format: Film screening and Q & A

If you require accommodation, please email Saimah Baig directly and we will work with you to make appropriate arrangements. Live captioning will be available to all participants during the session. For any other inquiries about this event, please contact Natasha Prashad. 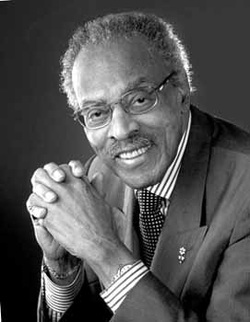 Lincoln M Alexander was the first Black member of the Canadian parliament in 1968.